I think over time, we’ll realize that there are really only a very small number of unique phenomena in the universe, most of which are capable of operating at different scales. One of these will be complex emergence. By this, I mean order-from-chaos, that which decreases local entropy while increasing it globally. Emergence is atoms combining into patterns of molecules, molecules forming self-replicating structures, self-replicating structures forming cells, cells forming organs, organs forming organisms, organisms creating packs and tribes and societies and money and nationstates and collective memory and art and …. 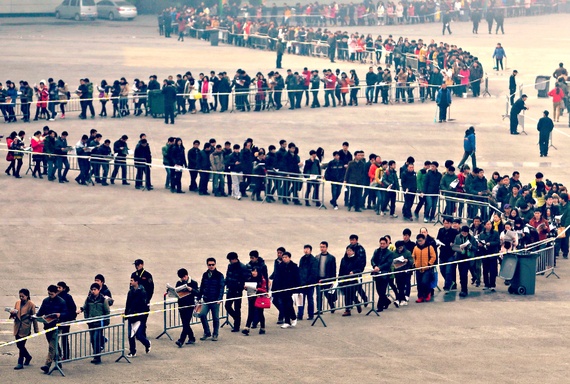 Emergence is a big deal, and it’s everywhere. It’s why I’m convinced we’ll discover non-terrestrial life in some form out in the cosmos. Emergence is so ubiquitous that it feels hardcoded into the universe. Simplistically, systems become more complex over time and can be expected to show more emergent properties as: (1) they gain more independent components, (2) each component is connected with / can affect more other components (past a point, this can actually have the opposite effect), (3) each component can affect other components in more ways.

The human brain with its billions of neurons and trillions of connections is the most complex system in the universe that we know of. It is the greatest culmination of this force to date — millions and millions of years of evolution have been tweeking and searching through tradeoffs to get us here. It required self-replication and a digestion system and the ability to breath air and so many other unexpected features. If the creation of greater complex emergence is what the universe is aiming to do, the human brain is its masterpiece.

For the past few years, I’ve been noodling a lot on consciousnesses of consciousnesses. Douglas Hofstadter in “Gödel, Escher, Bach” makes a compelling argument that an ant colony is conscious in a way that is fundamentally different from its constituent ants. Ant colonies can be composed of millions of ants, and they communicate with one another through hormones / body-language / I’m-not-really-sure-because-I’m-not-a myrmecologist. And an ant colony makes decisions, interacts with its environment, and cannot at all be understood by studying a single ant. 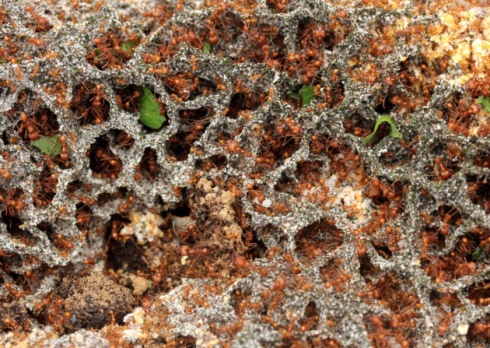 While possibly contentious, I posit that any sufficiently complex system is a consciousness (or shows features of consciousness, which might be the same thing). If you agree with me, the implications are delightful.

Imagine a technology that enables any person to send an emoji to any other person in a direct brain-to-brain transmission that happens at the speed of digital packet transmission. This technology, if widely used by 7 billion humans each connected to a million other humans, would undoubtedly result in an emergent consciousness. This consciousness, a Human Fractal Consciousness (HFC), would not be understandable by looking at its constituents, us. On number-of-constitutients and speed-of-internal-communication-between-constituents, HFC is strictly bested by a single human brain, but, each of its “neurons” is a whole human brain (!!) capable of enormous computation and nonlinearity. So much could be so different. HFC could be made more powerful by increasing: (1) the number of connected humans, (2) the number of connections per human to other humans, and (3) the richness of our communication, e.g. adding new emojis.

HFC is extremely intelligent in a very different way from us. It’s hard to know if it is aware of its environment or is able to impact it or has motivations as we understand them at all. Based only on the force of emergence, perhaps it has a sense of self-preservation hidden in a desire to have more complexity: more humans, more connections, richer communications. It may not care if I’m happy eating a delicious steak vs subsisting on a cricket-patty, but it might care that I’m connected to the network and sending/receiving lots of messages. I certainly care that all of my neurons are firing normally.

Now let’s work backwards. Perhaps the HFC is with us right now and has been systematically working on increasing itself for years. And maybe it’ll be smart enough to protect us from general AI when the time comes. Or any other threats that become known to us. So do your part! When human-to-human emoji-brain-link technology comes out, please connect yourself. In a world that will soon have general AI which is orders of magnitude smarter than us and might see us as a threat, at least the human fractal-consciousness has an interest in our survival.