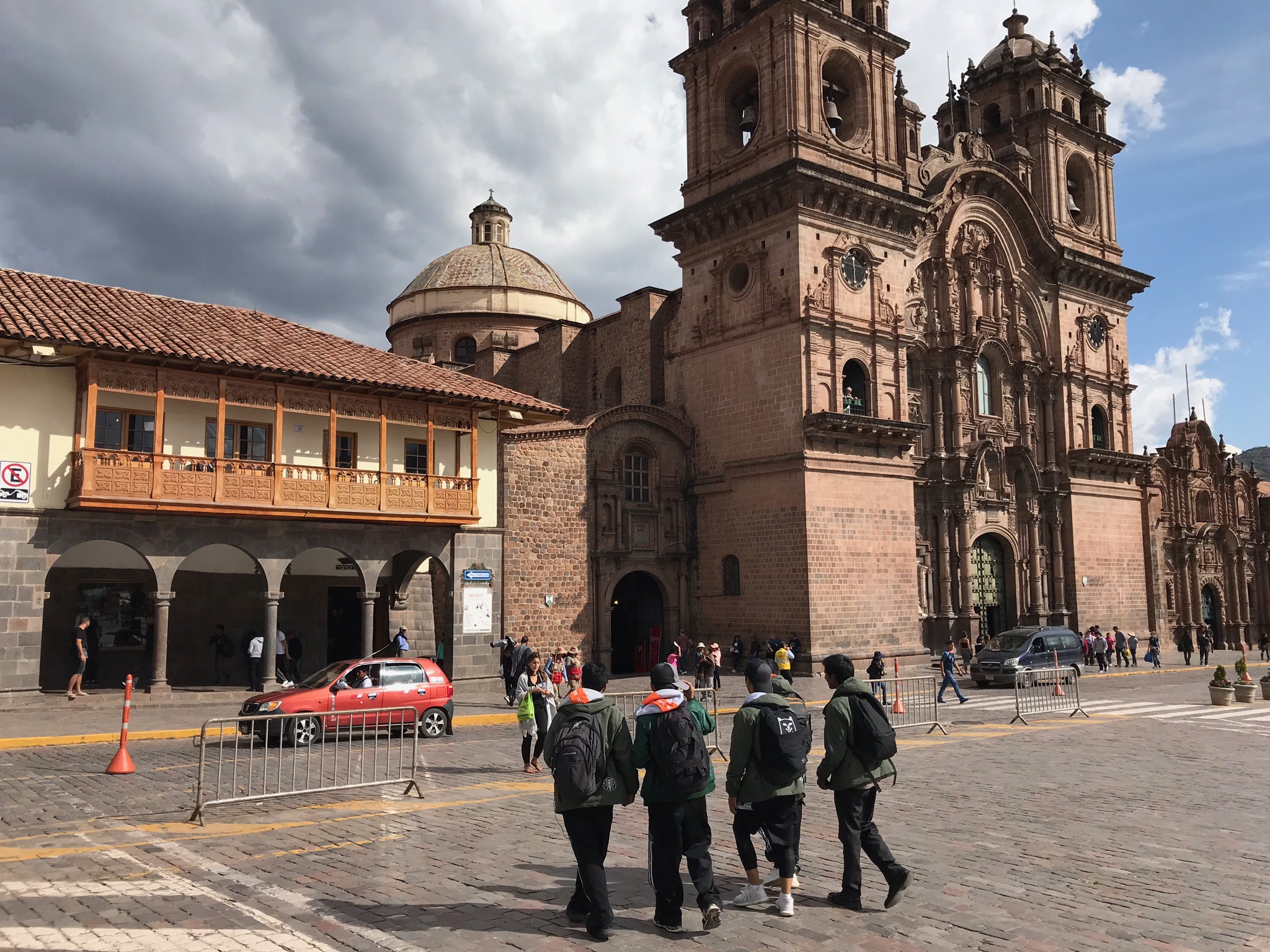 3 Apr 2018 (Cusco, Peru): Because we’re still taking it pretty easy, I really haven’t snapped all that many pics of this stunning city. But, we did manage to take a rather long walking tour (during which it rained or hailed nearly the entire time). In our group was a religious Jewish family with 6 children, but that’s another story.

Here is one of the absurdly many churches in this town. They’re seriously everywhere. For hundreds of years, each Incan ruler built himself a large palace in the city for his children and wives and his wives’ mother’s family (that part is weird — succession passed to the son whose mother was the most politically savvy and connected, so the mother’s family all got to move to Cusco with nobility titles). When the Spanish arrived, they naturally destroyed all of the palaces (some remnants remain of some of them) and replaced many with enormous churches. Out with the old, in with the new! Here’s one of them about which our tour guide sardonically commented “it’s just history.”