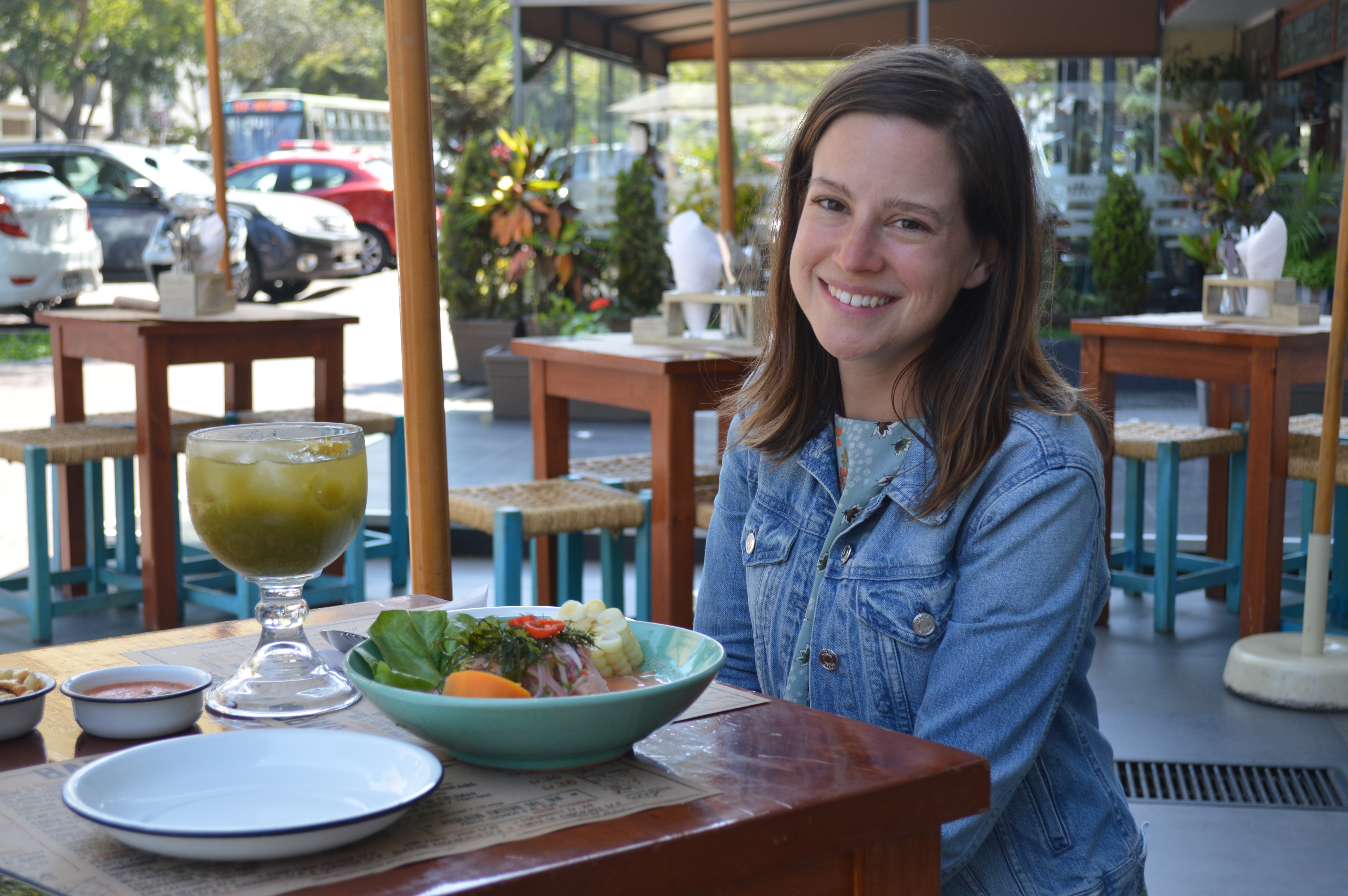 17 Apr 2018 (Lima, Peru): Ceviche might be Leah’s favorite food. I can’t count how many times on this trip she’s said she wants it or described it as “perfect” or asked me if I wanted to open a restaurant in Brooklyn Bridge Park or sung its praises in some other way. She was very excited to have a lot of it in Lima but also concerned that we were only spending two days in this magical food city. So, I proposed a Cevichedía, where we build a day around consuming as much of the stuff as possible. Leah took the concept and ran. Since ceviche is strictly a lunch food here (as we were told by many), we just had 4 lunches. Of 7 ceviches. It was epic. And the schedule she made held up perfectly.

Here is Leah at the first place, chosen because they opened earlier than the rest. Also it was really really good.